You are here: Home » Support » Tutorials » Press Brake » How To Deal With The No Pressure Fault Of Press Brake

How To Deal With The No Pressure Fault Of Press Brake

The CNC hydraulic press brake is mainly used in the workpiece bending process, assembled by the frame, slider, workbench, hydraulic cylinder, hydraulic proportional servo system, position detection system, CNC system, and electrical system. The press brake can always keep the position of the slider synchronized (parallel to the workbench) under no-load speed, working speed, and retract conditions, and can achieve high-precision positioning at the end of the stroke. Therefore, it is widely used for component bending processing in industries such as automobile, shipbuilding, container, engineering machinery, construction institutions, metal structures, light poles, and power poles. 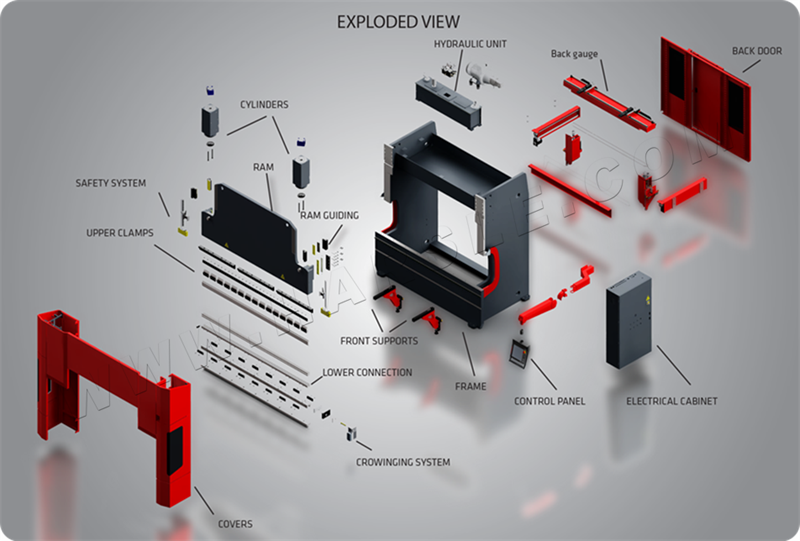 Below we will analyze the hydraulic system of the CNC hydraulic press brake machine, sort out the possible causes of faults such as no pressure while bending, introduce the working principle of the prefill valve and troubleshoot.

While CNC hydraulic press brake is running, the ram or called a slider, under the control of the CNC system and hydraulic servo system, needs to go through 6 stages to finish one bending: fast downwards, deceleration downwards, bend and hold the pressure, release the pressure, fast upwards and stop at the upper dead center. This article combines the six stages into three stages: fast downwards, bending, and fast retract (fast upwards). 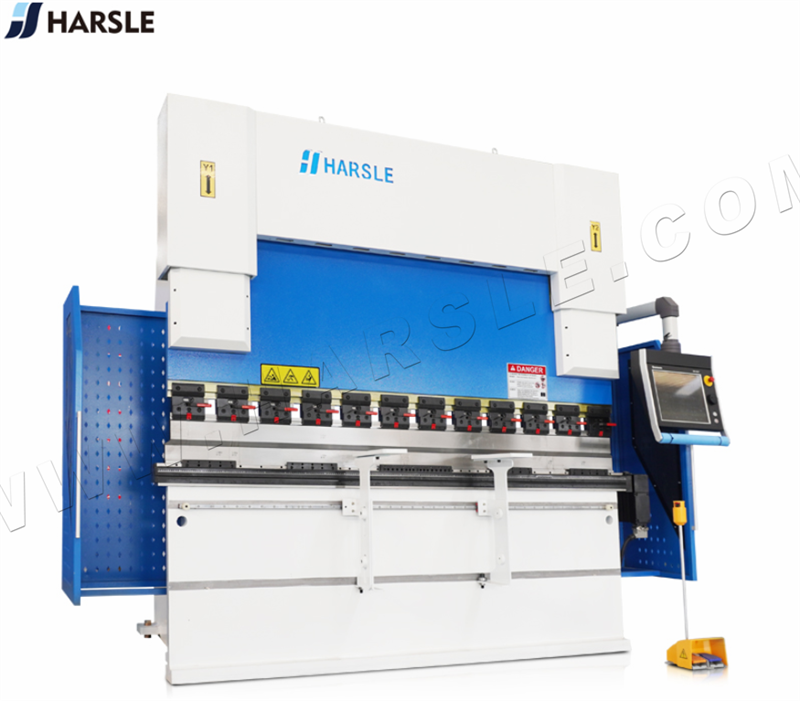 Now the press brake machine has the problem that: the slider can quickly down, but while bending, the pressure is insufficient to complete the bending operation. 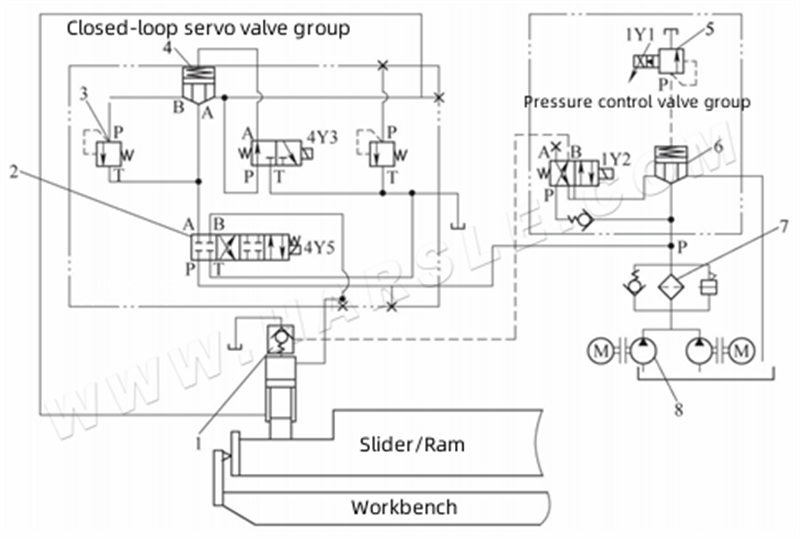 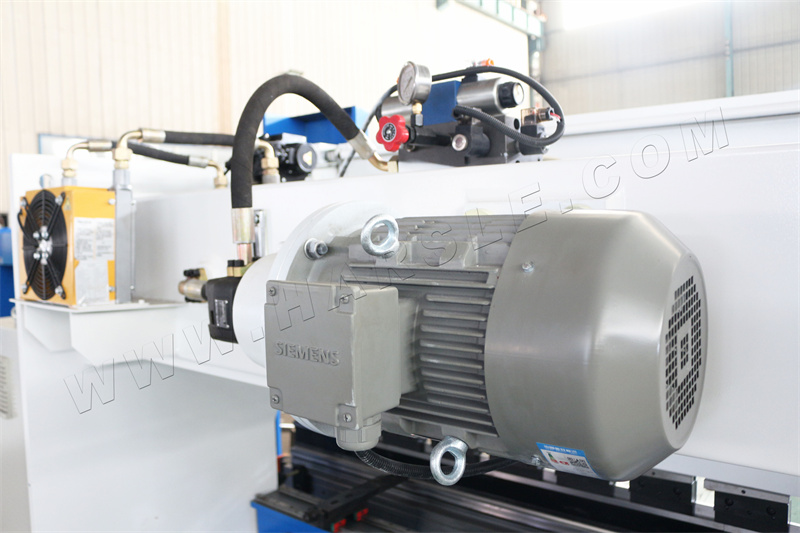 When the slider goes down to the changeover point, the 4Y3 loses power, the cartridge valve closes, and the oil in the lower chamber of the hydraulic cylinder generates pressure through the relief valve so that the slider cannot fall freely. At this time, 1Y1 is energized, so that the proportional relief valve establishes the system pressure, 1Y2 is energized, the prefill valve is closed, and the oil enters the upper chamber of the hydraulic cylinder through the proportional servo valve, forcing the slider to move downward and completing the bending action.

4Y3 is energized, cartridge valve 1 opens, and 4Y5 is energized (straight through), at this time, the oil output from the oil pump enters the lower chamber of the hydraulic cylinder through the proportional servo valve and cartridge valve 1, and 1Y1 keeps energized, the proportional relief valve continues to build up pressure. At the same time, 1Y2 is de-energized, the prefill valve opens under the pressure of the control circuit, the oil in the upper chamber of the hydraulic cylinder returns to the tank quickly through the prefill valve, and the slider completes the fast retract action.

According to the failure phenomenon and the hydraulic system schematic diagram, the press brake machine has no pressure while bending, the possible causes of the failure are as follows: 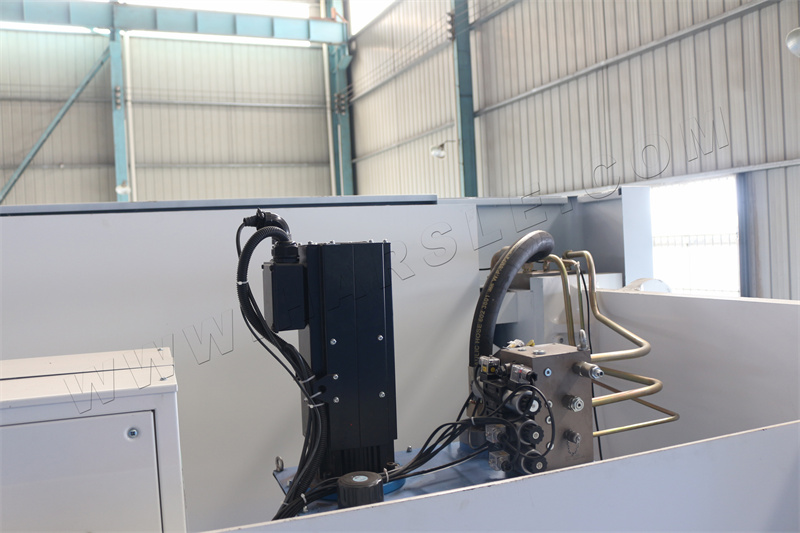 According to the method of eliminating from simple to difficult, the troubleshooting processes are as follows:

● Check the pressure control valve group cartridge valve 2 and disassemble the valve, check the worn condition of the tapered hole, and clean and reinstall the spool. If still insufficient pressure, we can temporarily exclude the cartridge valve failure.

This is all about our article, and if you need help, please don’t hesitate to contact us.