You are here: Home » Support » Blog » Take You a Comprehensive Understanding of Forging Press

Take You a Comprehensive Understanding of Forging Press 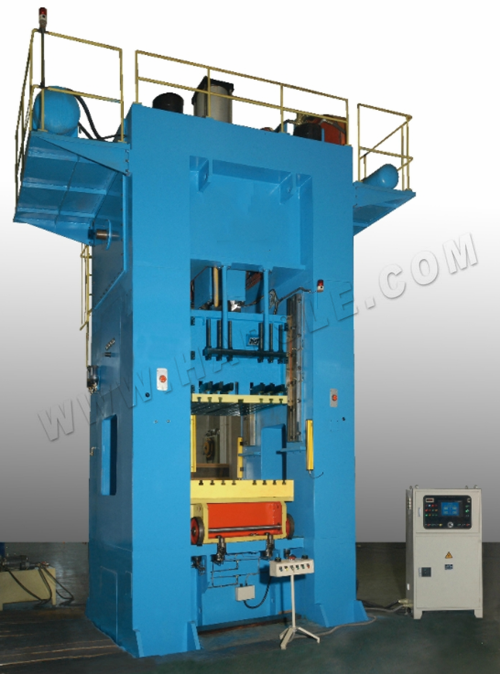 A forging method in which a metal blank passes through two relatively rotating fan-shaped dies to produce plastic deformation to form a workpiece. It is a special form of forming rolls. Roll forging can be used to produce connecting rods, twist drills, wrenches, spikes, hoes, picks, and turbine blades. The roll forging process uses the rolling forming principle to gradually deform the blank. Compared with ordinary die forging, it has the advantages of simpler equipment structure, stable production, low vibration and noise, easy automation, and high production efficiency. Roll forging is divided into two types: blank roll forging and forming roll forging. Blank-making roll forging is to prepare blanks of required shape and size for die forging; forming roll forging can directly produce forgings that meet the requirements of shape and size. 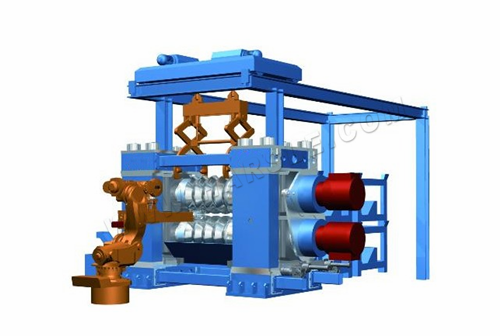 The mechanical pressure forging machine converts the rotary motion of the motor into the linear reciprocating motion of the slider through the crank slider mechanism and forms the forging machine of the blank. Mechanical presses are stable in action and reliable in work. They are widely used in stamping, extrusion, die forging, and powder metallurgy processes. Mechanical presses account for more than half of the total number of forging machines. The specifications of the mechanical press are expressed by the nominal working force, which is the maximum working force designed based on the calculation base point when the slider moves to about 10-15 mm from the bottom dead center of the stroke. 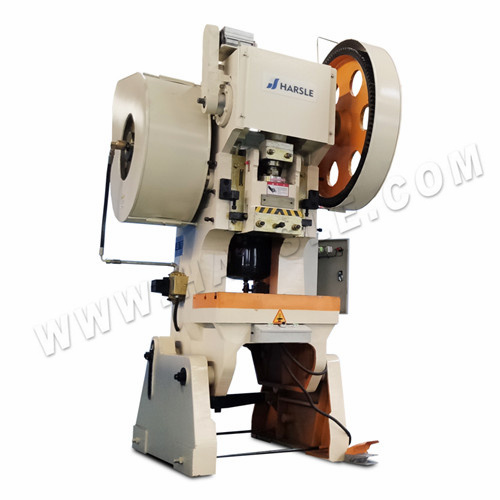 Hot extrusion forging presses are widely used in the production of aluminum, copper, and other non-ferrous metal pipes and profiles, etc., belonging to the metallurgical industry. Hot extrusion of steel is not only used to produce special pipes and profiles but also to produce solid and core carbon steel and alloy steel parts that are difficult to be formed by cold or warm extrusion, such as rods with thick heads. , Barrels, containers, etc. The cold extrusion forging machine was originally only used to produce pipes and profiles of lead, zinc, tin, aluminum, copper, etc., as well as parts such as toothpaste hoses, dry battery shells, and bullet shells. The cold extrusion operation is simple, suitable for the mass production of smaller parts. 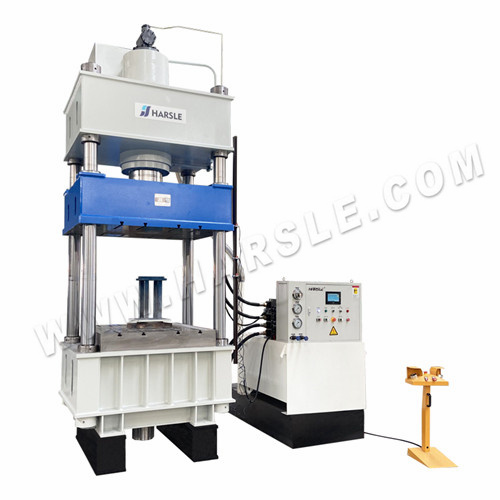 The screw forging press uses screw and nut as the transmission mechanism and uses the screw transmission to convert the forward and reverse rotation movement of the flywheel into the up and down reciprocating movement of the slider. The screw press is usually driven by a motor through a friction disc to rotate the flywheel rim. Therefore, this type of press is also called a friction press. The largest friction press in China is 25 MN. Later, an electric screw press that uses a motor to directly drive the flywheel appeared. It has a compact structure and few transmission links. Due to frequent commutation, it has higher requirements for control appliances and requires a special motor. 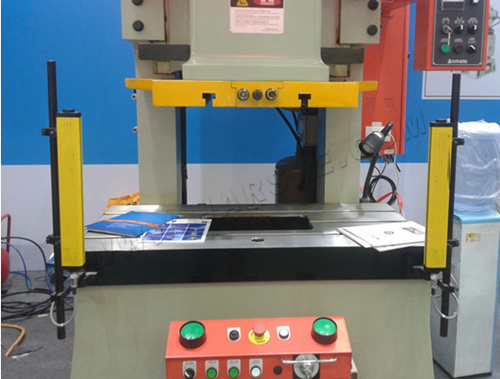 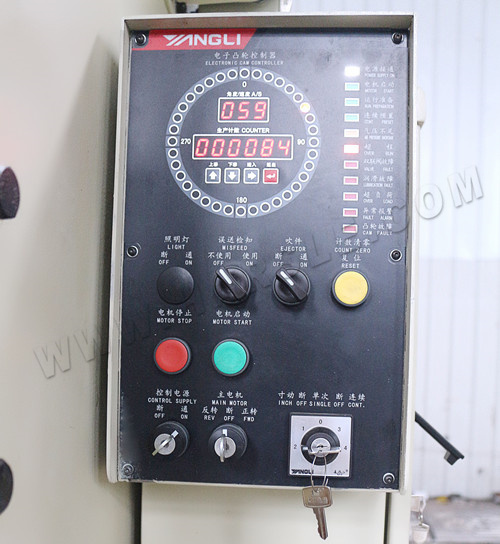 There are various automatic feeding devices in the forging press, here it refers to the automatic feeding device used for single-machine or stamping automatic lines such as open press, closed press, multi-station press, high-speed press, etc. for sheet metal processing. The automatic feeding device is generally composed of three parts: a material rack, an uncoiling and leveling mechanism, a pneumatic clamp-type feeding mechanism, and a scrap rewinding rack. The material rack and the uncoiling and leveling mechanism have the functions of supporting the coil, uncoiling, and leveling. The uncoiling mechanism loosens the coil a little and presents a free-hanging state to reduce the pulling force of the feeding mechanism during the feeding process, which is beneficial to improve the feeding accuracy. The leveling mechanism uses multiple rollers to apply force to the uncoiled coil so that the plate can be corrected before stamping, which is beneficial to improve the accuracy of the product. The pneumatic clamp-type feeding mechanism is powered by compressed air to control the opening and closing of the clamp and the reciprocating motion to complete the feeding of the sheet. The stroke of the reciprocating motion is steplessly adjustable to meet the requirements of different feeding lengths. The scrap rewinding rack rewinds the stamped waste tape. If the waste tape is cut and recycled during stamping, this part is not needed. 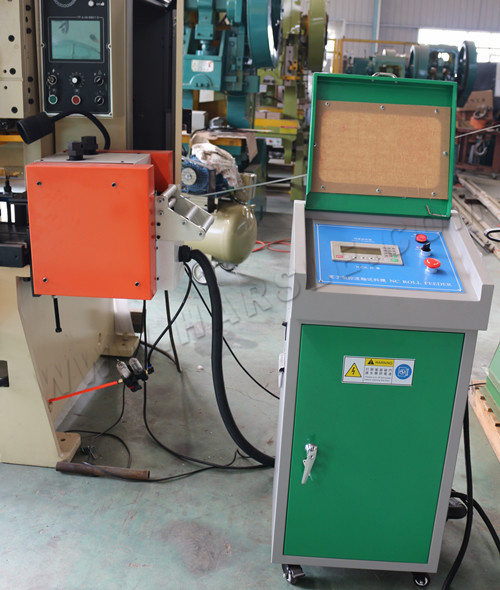 The essence of roll forging deformation is the rolling extension of the billet, and the section of the billet becomes smaller and the length increases. When the cross-section deformation is large, it needs to be completed by several passes through multiple rolls. The process design is mainly to reasonably determine the reduction, expansion, and extension deformation of each step of the roll forging. They depend on the size of the roll diameter, the shape, and size of the hole, the temperature of the blank, and the deformation conditions such as cooling and lubrication. Some double-backed roll forging machines have a roll shaft extending at one end. This is a composite roll forging machine that combines cantilever and double-backed types. It can not only realize longitudinal roll forging but also complete horizontal widening and forming at the cantilever end. In mass roll forging production, manipulators are widely used to transport workpieces to realize the automation of the production process, increase productivity, and reduce labor intensity.

A convex mold is used to pressurize the blank placed in the concave mold to generate plastic flow, thereby obtaining a forging method corresponding to the shape of the hole of the mold or the shape of the concave and convex mold. When extruding, the billet generates three-dimensional compressive stress, and even the billet with lower plasticity can be extruded into shape. Extrusion, especially cold extrusion, has high material utilization, improved material organization, and mechanical properties, simple operation, high productivity, and can produce long rods, deep holes, thin-walled, and special-shaped cross-section parts. It is important to avoid cutting. Processing technology. Extrusion is mainly used for the forming of metals, but also for the forming of non-metals such as plastics, rubber, graphite, and clay blanks.

There is a mechanical or electrical interlock between the clutch and the brake on the mechanical press to ensure that the brake must be released before the clutch is engaged, and the clutch must be released before the brake is applied. The operation of the mechanical press is divided into continuous, single stroke, and inching (inching), most of which are realized by controlling the clutch and brake. The stroke length of the slider remains unchanged, but the distance between the bottom surface and the working surface (called the sealing height) can be adjusted by the screw.