You are here: Home » Support » Blog » Why is it Called a Press Brake?

Why is it Called a Press Brake?

If you read the term “press brake” for the first time, I believe most of you don' t know what exactly does it mean. You will never connect this term with one machine for sheet metal bending.

A press brake is a machine pressing tool for bending sheet and plate material, most commonly sheet metal. It forms predetermined bends by clamping the workpiece between a matching punch and die. Typically, two C-frames form the sides of the press brake, connected to a table at the bottom and on a movable beam at the top. The bottom tool is mounted on the table, with the top tool mounted on the upper beam.

A brake can be described by basic parameters, such as the force or tonnage and the working length. Additional parameters include the stroke length, the distance between the frame uprights or side housings, distance to the back gauge, and work height. The upper beam usually operates at a speed ranging from 1 to 15 mm/s.

There are several types of brakes as described by the means of applying force: mechanical, pneumatic, hydraulic, and servo-electric.

In a mechanical press, energy is added to a flywheel with an electric motor. A clutch engages the flywheel to power a crank mechanism that moves the ram vertically. Accuracy and speed are two advantages of the mechanical press.

Hydraulic presses operate by means of two synchronized hydraulic cylinders on the C-frames moving the upper beam. Servo-electric brakes use a servo-motor to drive a ballscrew or belt drive to exert tonnage on the ram.

Until the 1950s, mechanical brakes dominated the world market. The advent of better hydraulics and computer controls have led to hydraulic machines being the most popular.

Pneumatic and servo-electric machines are typically used in lower tonnage applications. Hydraulic brakes produce accurate high quality products, are reliable, use little energy and are safer because, unlike flywheel-driven presses, the motion of the ram can be easily stopped at any time in response to a safety device, e.g. a light curtain or other presence sensing device.

Recent improvements are mainly in the control and a device called a backgauge. A back gauge is a device that can be used to accurately position a piece of metal so that the brake puts the bend in the correct place. Furthermore, the back gauge can be programmed to move between bends to repeatedly make complex parts. Early brakes relied on the tooling to determine the bend angle of the bend. The animation to the right shows the operation of the back gauge, setting the distance from the edge of the material or previous bend to the center of the die.

Press brakes often include multi-axis computer-controlled back gauges. Optical sensors allow operators to make adjustments during the bending process. These sensors send real-time data about the bending angle in the bend cycle to machine controls that adjust process parameters.

What is a press brake?

Let's check out the definition first:

“A press brake is a machine tool for bending sheet and plate material, most commonly sheet metal. It forms predetermined bends by clamping the workpiece between a matching punch and die. “ 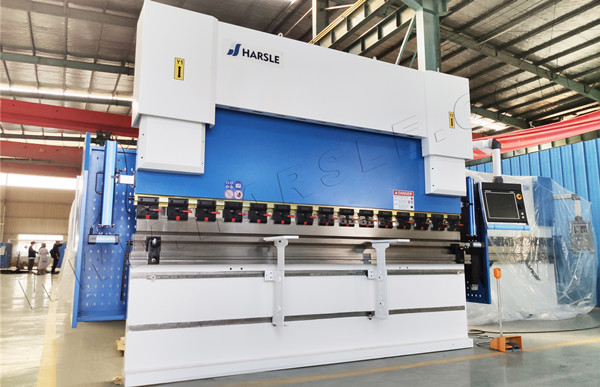 Why is it called press brake?

Now we already know the meaning of press brake, we have a new question:

Why call it "press brake" ? Why not directly call it a "bending machine" ?

Nowadays, when people talking about press brake, they mainly refer to the hydraulic bending machine for sheet metal bending.

However, do you know why such a bending machine is been called "press brake" ?

This question also confused me for quite a long period of time. Sometimes I even wondering does this term really right to define the hydraulic bending machine.

After doing some homework, now I finally know why it' s been called "press brake". Please note that the term "press break" is completely wrong cause nothing is broken or shattered.

From the beginnings of sheet metal processing to the first bending devices in the Middle Ages. The history of bending machines actual starts way back in ancient times. 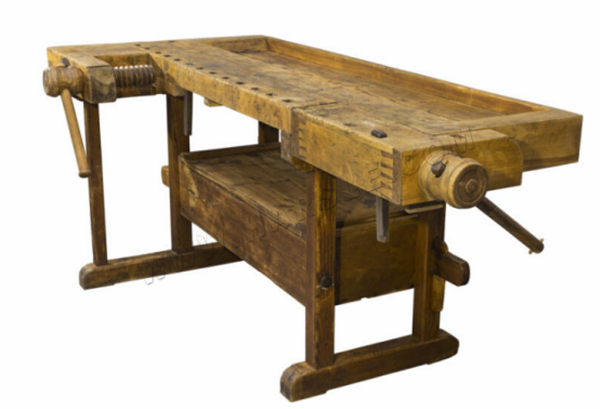 ⒈But first, a definition- what is a bending machine?

The history of bending machines can be traced back to ancient times. Sheets of copper, gold, silver and all kinds of alloys were forged. Hammering, also called repoussage or chasing, was employed to shape, bend and make numerous items: coins, jewellery, tools, everyday objects, arms and armour parts.

Sheet metal products were very popular in ancient times and blacksmiths were highly-respected specialists. Hephaestos, the Greek god of metalworking, was the only craftsman among the gods who was also responsible for fire.

⒊People continued hammering for centuries - by hand and with water power

The blacksmith’s craft spread and metalworking technology continued to develop. From the 11th century onwards, metal was not only hammered by hand. It now became possible to manufacture and process steel sheets in large quantities. Huge hammers in water-powered hammer forges took over the really hard work- making it easier and more efficient to manufacture commodities. “It only became possible to produce larger panels of around 500 by 500 mm with a thickness of < 1mm with the help of these mechanical hammers,” writes Gerd Ising about the historical development of metal bending on brakes.

So, the metal sheets were available and people were busy bending and shaping them. They did so-and it can still be done today-on any well-equipped workbench; it could even be a simple wooden table a carpenter's bench. The thin metal was, and still is, shaped freely: it is practically brought into the desired shape over an edge with a hammer.

However, the work began to be divided up following the foundation of the guilds. The blacksmith no longer had to produce and process the metal sheets, this was now done by the sheet fabricators. A number of different professions emerged, some of which still exist to day, or in a similar form: ornamental metalsmiths and goldsmiths through to tinsmiths, tinkers, whitesmiths and tinners. A woodcut from around 1500 impressively documents the state of manufacturing technology in the pre-industrial age: in this view of a gunsmith’s workshop, the special shaping and flaring tools can also be seen very clearly.

The invention of the vice at the beginning of the 16th century meant that it was then possible to bend thick or narrow sheets - but obviously only over the width of the vice jaws.

A bigger solution had to be found for larger sheets. It looked something like this in mediaeval workshops: the sheet was clamped between two wooden beam with threaded rods made of wood and then worked with a hammer. A second beam was sometimes attached to the lower beam with a leather strap that could be used to bend the sheet around the upper beam. Unfortunately, not only the sheet but also the complete beam was sometimes bent.

One thing had not changed in metalworking by the middle of the 18th century: it was still very hard manual labour. But come the Industrial Revolution, more and more threaded rods made of wood and wooden beams were replaced by metal parts; the closing function also consisted of levers, control shafts and eccentric bearings of metal. The wooden bending table was often reinforced with metal, the so-called edge rail, to achieve exact bending results. And mechanical sheet metal production really took off at the end of the 18th century when the English industrialist John Wilkinson invented the reversing rolling mill. 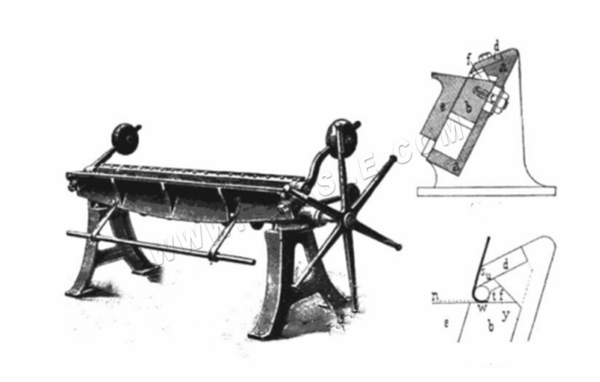 ⒍Middle of the 19th century: the first “sheet metal bending brakes” are built

Metal sheets were now available in abundance and consequently their processing was also quickly mechanised. The first bending machines were called “sheet metal bending brakes” or “folding benches” around 1875. They were real heavyweights, but they certainly made work easier. Hydraulics then came onto the scene: the locking lever and bending tools were powered by one or several hydraulic cylinders and controlled with a simple lever valve. The shears were initially only moved manually by pure momentum, but later on these were also powered hydraulically. For a long time, the position of the bend was defined with a folding rule or template. These were joined by the first adjustable, manually-powered back stop systems later on.

Bending systems became increasingly electrified between the beginning and middle of the 20th century. The first simple control systems were developed to control the clamping, bending and cutting functions. From then on, bending machines almost controlled themselves.

When the master mechanic Kurt Jorns took over the firm of Konrad in Lotzwil, Switzerland, the individual stands of the bending machines were still bolted to the ground on the customers’ premises. This proved a challenge in terms of the statics depending on the substrate, and one that could result in inaccuracies during bending. Kurt Jorns recognised this problem and developed one of the first machine frames for the bending machine - a novelty in the industry. In 1975, Jorns were able to present the first NC-controlled bending machines: the 78 and 77 series. Not long after, these were followed by the first bending machines with a motorised back stop and electric shears.

⒏The history of the bending machine in the digital age

The digital age began with numerical controls (NC) for all machine tools. These were joined by thumb wheel switches for bending machines in the 1980s. Thanks to these, exact values could be pre-set and run for the clamping, bending, cutting and back stop systems. A program was limited by the number of rows of thumb wheel switches.

The first bending machines with CNC and monitor control systems were built at the beginning of the 1990s. Measuring systems also became more and more precise and speeds higher. The first tapered back stop systems came onto the market. These were joined at the end of the 1990s by graphic control systems, followed by touch screens that could be operated directly with a finger. Fully-automated, double bending machines celebrated their première at the turn of the millennium.

The future of the press brake

Do you have a brand-new hydraulic press brake, or an old mechanical one? You can say plenty of positive things about the state-of-the-art as well as the tried-and-true. If you’ re still in business, most likely your equipment is as close to state-of-the-art as you can afford, and you are using the right press brakes and tooling for your shop’s  forming applications. However, it’s really not about what type of machine or tooling you use. It’s about getting the most out of the technology you have.

Today many press brakes and other modern fabrication systems are just about foolproof. Any warm body can safely make a ram or table move to produce parts. But that’s not enough to get the most out of the technology. For the engineer, precision sheet metal fabrication is about more than just knowing the CAD systems; and for the press brake technician, it’s more than just having a basic understanding of the machine and its controller.

When a new employee joins the team, the first order of business is training. In the past training entailed an apprenticeship program or similar arrangement that over time transformed the newbie into a skilled and productive craftsperson.

Historically, the front office sent blueprints to the floor, and out came a finished product. But times have changed. CNCs and precision-ground tooling have forever altered that process and, ultimately, improved overall quality. That’s a positive development. But along with this, training changed too. Over time it became, “Can you push this button, son? Good. You’re an operator now. Here’s the setup sheet. Get to work.”