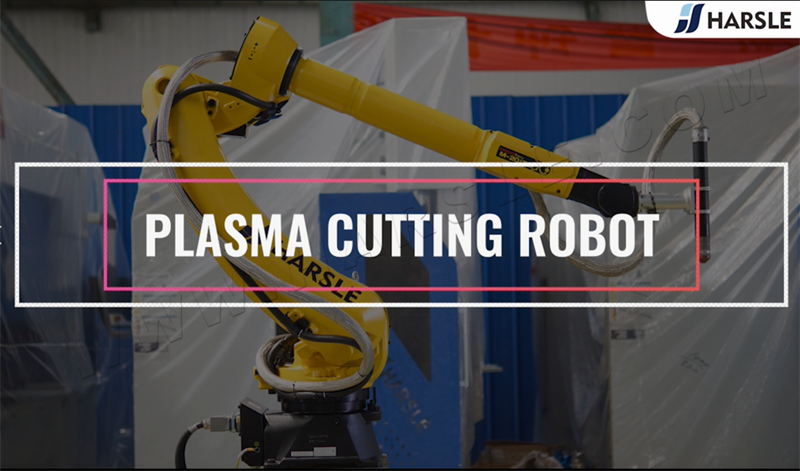 The plasma cutting technology is used to cut sheet metal of higher thickness (up to 300 mm) in comparison to laser cutting, which is used for thinner sheets (up to 15 mm). The technology of plasma cutting is the best and most cost-effective solution for cutting thick metals. 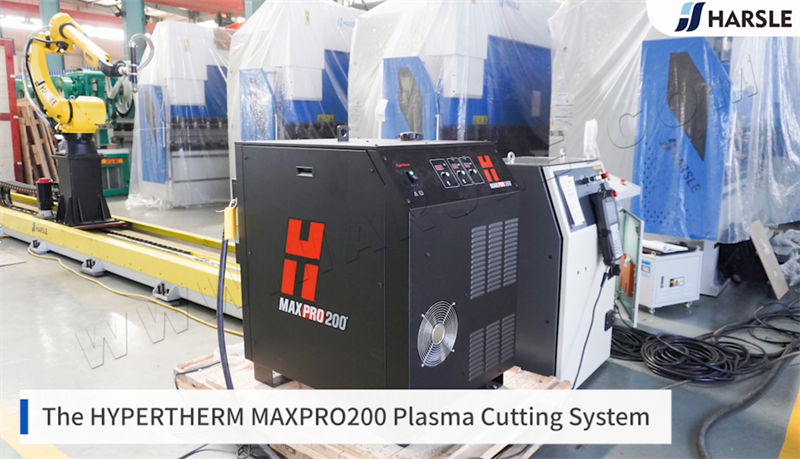 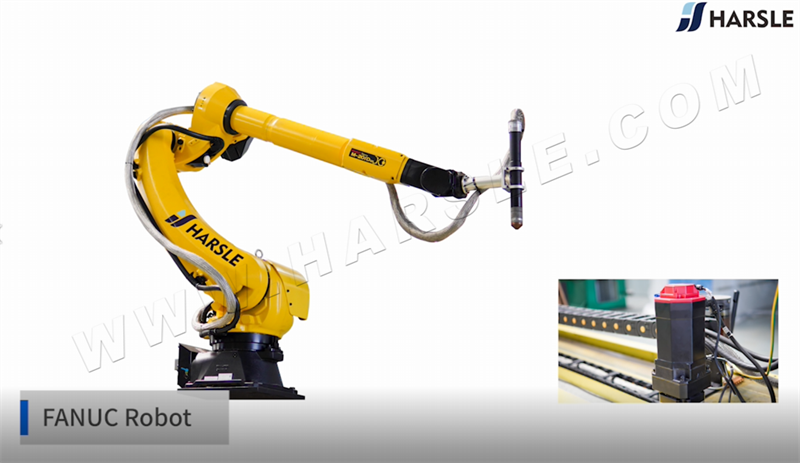 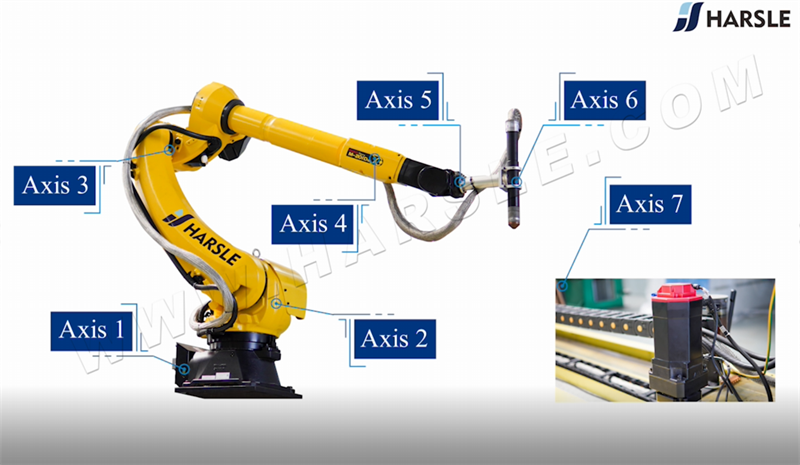 With the HARSLE ground track to achieve 7 axes control to maximize production efficiency.

The Demonstration Of The 7-axis Of The FANUC Robot 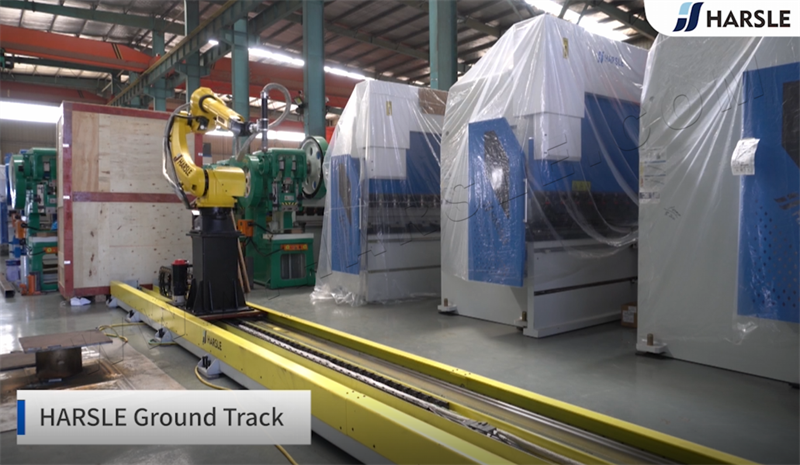 7-axis controlling robot means it can rotate or move on 7 different axes. 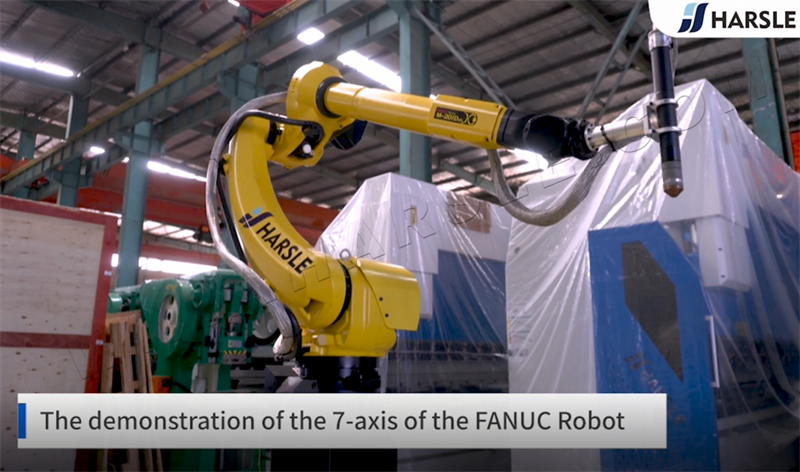 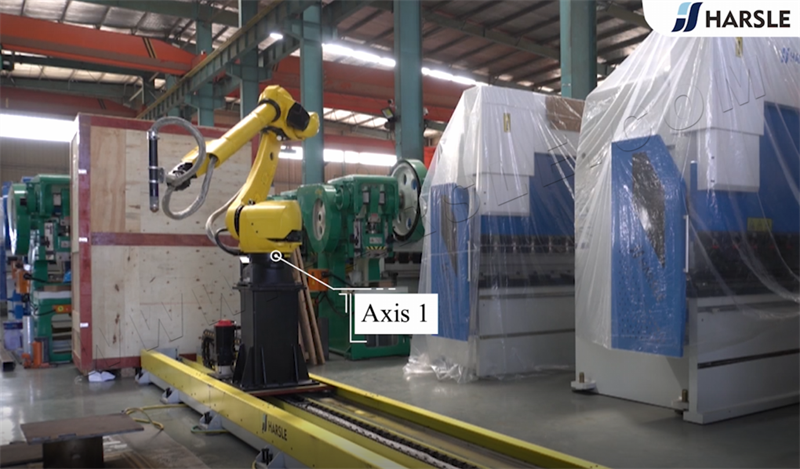 Axis 1, located at the robot base, allows the robot to rotate from left to right. This sweeping motion extends the work area to include the area on either side and behind the arm. This axis allows the robot to spin up to a full 180° range from the center point. It is marked as J1. 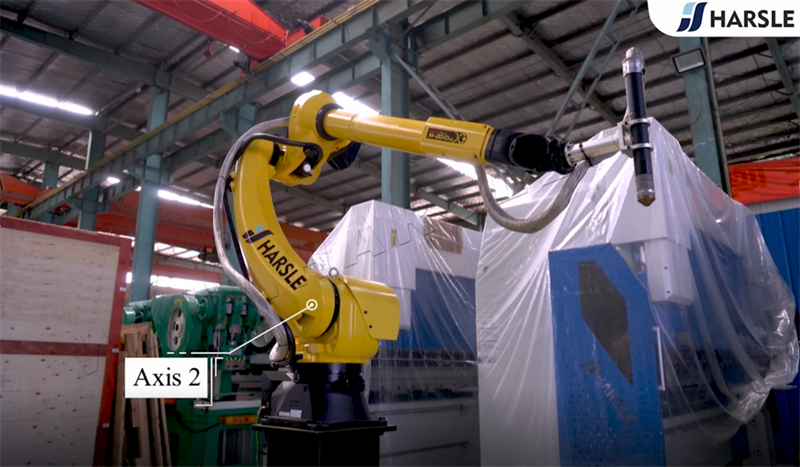 Axis 2, this axis allows the lower arm of the robot to extend forward and backward. It is the axis powering the movement of the entire lower arm. It is marked as J2. 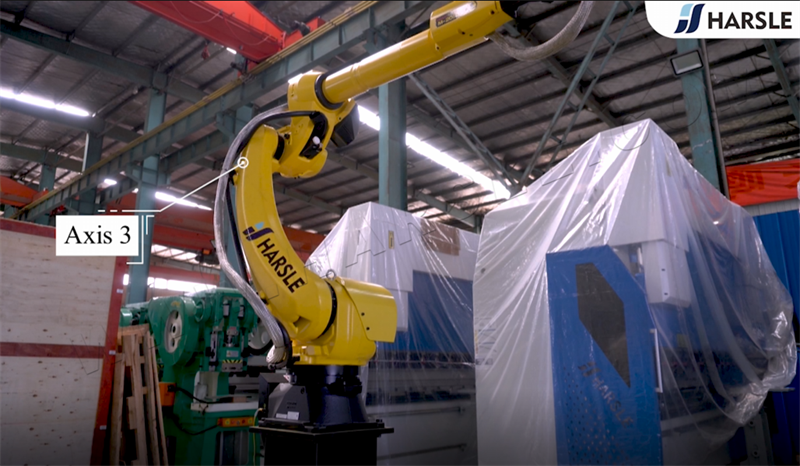 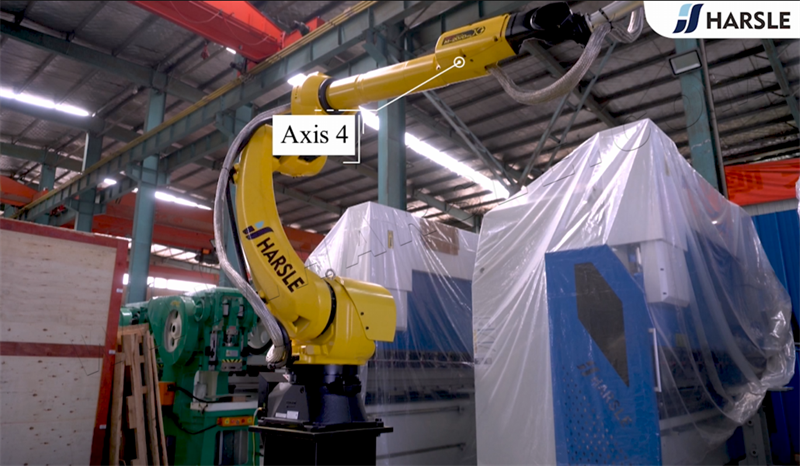 Axis 4, working in conjunction with the axis 5, this axis aids in the positioning of the end effector and manipulation of the part. Known as the wrist roll, it rotates the upper arm in a circular motion moving parts between horizontal to vertical orientations. It is marked as J4. 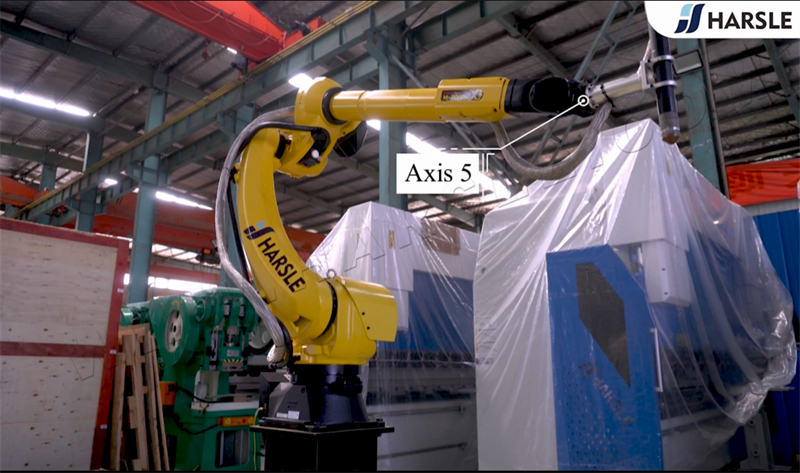 Axis 5, this axis allows the wrist of the robot arm to tilt up and down. This axis is responsible for the pitch and yaw motion. The pitch, or bend, motion is up and down, much like opening and closing a box lid. Yaw moves left and right, like a door on hinges. It is marked as J5. 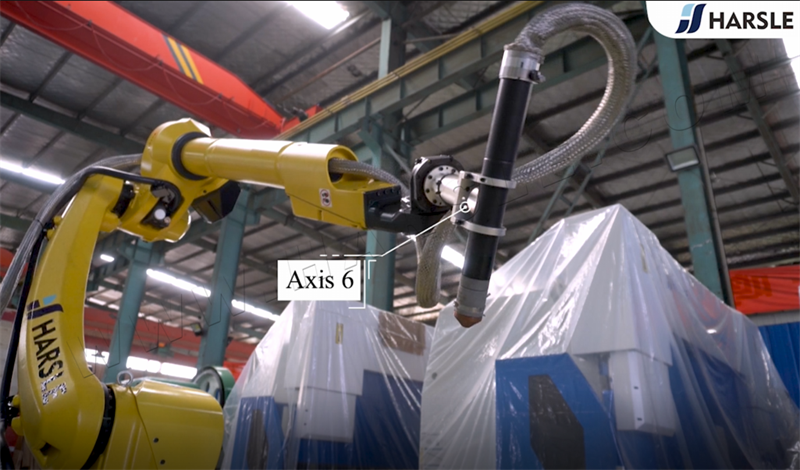 Axis 6, is the wrist of the robot arm. It is responsible for a twisting motion, allowing it to rotate freely in a circular motion, both to position end effectors and to manipulate parts. It is usually capable of more than a 360° rotation in either a clockwise or counterclockwise direction. It is marked as J6. 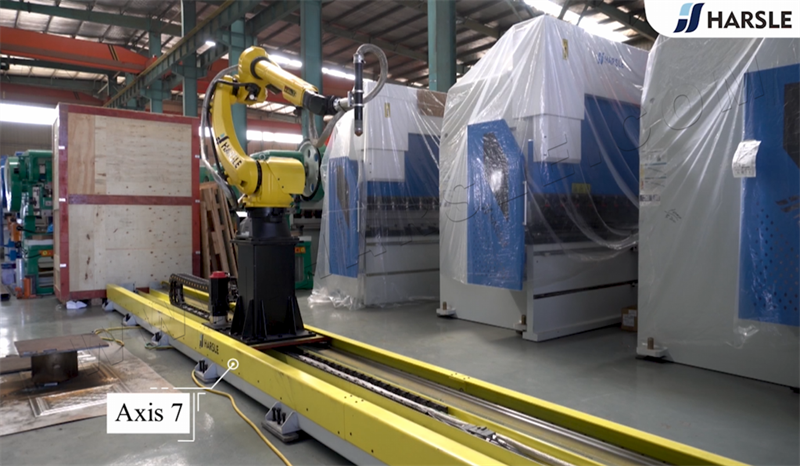 Robot Rotary On One Point 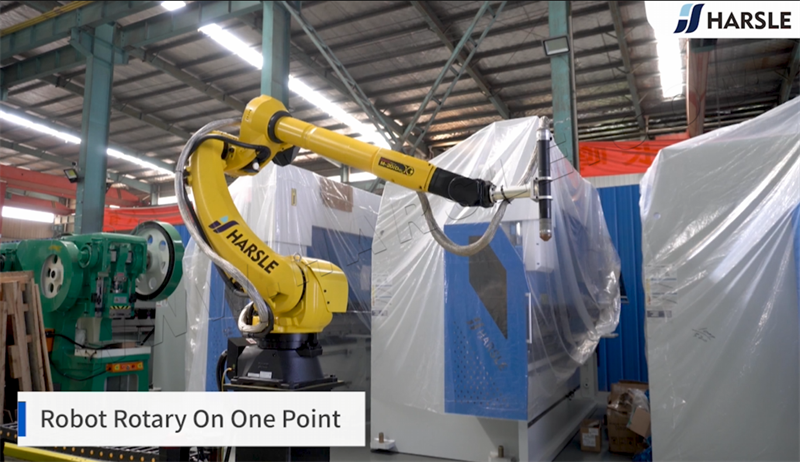 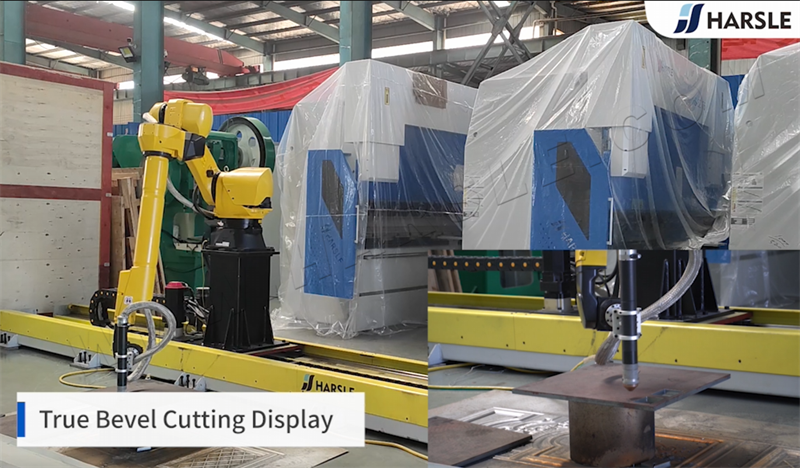 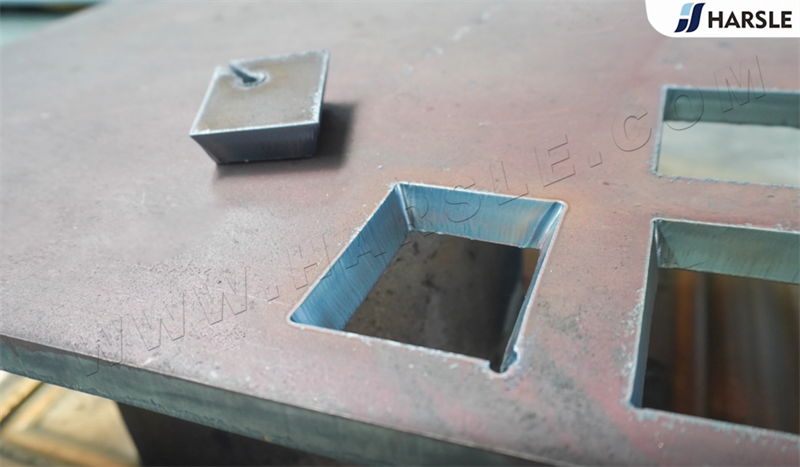 With True Bevel cutting technology, setups for new jobs are quick and results are accurate and consistent.

This is all for the article and if you have any problem, kindly leave us a message. HARSLE will always be with you.